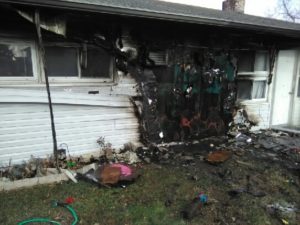 Station 32 was dispatched for a reported dwelling fire on Linden Lane in the Lakeside section. C32 arrived on scene with smoke coming from side C of the dwelling. Engine 32-1 arrived and pulled an attack line to extinguished the fire. Crews checked the dwelling for extension inside and ventilated the house. The fire was held to the exterior of the house. Assisting companies included E33, E10, R30 and R31.

Due to recent restrictions put into effect by the Governor, we are only mailing out online purchases. There will be no pick up option available via this purchase method.